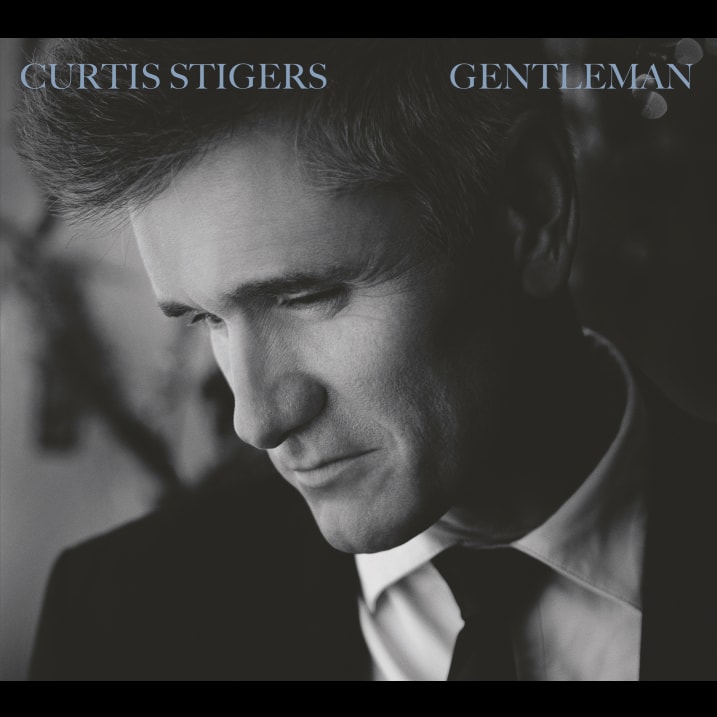 Listen to the Album

Gentleman, released on April 10, 2020 on EmArcy/Universal, offers a set of wry yet hopeful songs about love, loss and elegant masculinity.

When vocalist, songwriter and saxophonist Curtis Stigers recorded his latest album, Gentleman, he had no way of knowing that his planned release date would coincide with a global pandemic. A true gentleman remains unflappable in the face of any adversity; so Stigers straightened his tie, adjusted his cufflinks, and set about supplementing the album with one new song that speaks to our tumultuous moment in history with hope, empathy and humor.

Self-isolating is serious business, of course. But it can also be serious comfort and coziness when you’re doing it with someone you love. That’s the message of “Shut-Ins,” a new song written by Bill DeMain and Larry Goldings that will be featured as a bonus track on the digital edition of Gentleman, which will be released April 10th on EmArcy/Universal. A CD release will follow on May 1st.

Gentleman addresses the question: What does it mean to be a gentleman in this day and age? Stigers found himself confronting that question from a variety of angles as he was preparing for the album. On a personal level, he was watching his daughter leave home for college, beginning a new chapter in the era of #MeToo and #TimesUp. Back at home, Stigers was reinventing his own life with a new romance and marriage.

On a grander scale, Stigers found himself, like so many others, enraged by the lack of role models in public life. From the divisive and openly corrupt dealings of politicians to the exposed underbelly of the entertainment industry, it became increasingly difficult to find an example of manhood worth looking up to.

“Is being a gentleman about wearing a tuxedo and using the right fork for your salad?” muses Stigers. “Or is the idea just being a decent human being and taking care of your family?”

It’s clear what side the singer comes down on. Title track “Gentleman,” co-written with Poe, breaks down the concept into its constituent parts. The song counters the swaggering, macho concept of “being a man” with a kinder, gentler alternative. “How do you have integrity and still be tough when you need to be?” Stigers offers as one of the core questions he sought to answer in the song.

The onset of social distancing simply added a new layer to this wry yet elegant reassessment of the modern male. As timely as it became, the song was not conceived as a response to a world crisis. DeMain and Goldings collaborated on the love song back in January and sent a demo to Stigers, who had included their piece “As Usual,” a melancholy ballad with a wistful lyric by the Nashville songwriter, on Gentleman. Fast forward a few weeks. Like all artists, Stigers and Goldings have both cancelled spring tour dates and are looking for ways to connect with their audiences in some meaningful way. Goldings records a piano track and sends it to Stigers, who enters the studio and cuts a vocal.

The tender tune adds a warmly sardonic grace note to the album—a tasteful pocket square complementing the elegant three-piece suit, if you will. Gentleman arrives as a spring bouquet of heartfelt songs that offer a unique view of love and loss from the perspective of a hopeless romantic who’s been through the gamut of emotion and lived to tell the tale. Not immune to drowning his sorrows in one (or two) too many, Stigers nonetheless remains a true gentleman, even when he comes bearing more thorns than roses.

As anyone who follows the singer on Twitter is well aware, Stigers is also a political junkie who has been unafraid of sharing his disgust and horror at the current state of the union and the world. “I’ve suffered through this presidency as much as anybody,” he bemoans. “So I tried to talk about how you find a graceful place as a man in this era, rather than lying and stealing, grifting from an entire nation.”

Stigers’ anger bubbles to the surface on “Here We Go Again,” a new Stigers/Poe lyric written to Goldings’ composition “Roach.” The vitriolic lyrics, taking on the business as usual of warmongers and one-percenters, puts a jaundiced new spin on the piece, originally written as a tribute to the iconic drummer Max Roach—though it’s hard to imagine that the composer of the Freedom Now Suite would disapprove.

While the music business itself is not always the most gentlemanly one, fatherhood forced him to redefine his own views 19 years ago. Facing the prospect of life without his daughter in the house was daunting for Stigers, who found himself responding with songs that focused on abandonment. His gift for storytelling and curation led him to pieces with a more resonant view on lost love, relatable to anyone who’s ever been left behind. The idea is most touchingly expressed on the album’s closing number, “Learning to Let You Go,” while the heartsick and hungover lament “Lately I’ve Let Things Slide” is Stigers’ latest reimagining of a tune by the eloquent Nick Lowe, whose classic “(What’s So Funny ‘Bout) Peace, Love, and Understanding” Stigers recorded for the smash hit soundtrack to The Bodyguard in 1992.

The album’s sole jazz standard, the vintage “After You’ve Gone,” offers a slightly less reserved reaction to being jilted. The song has long been a favorite of the singer’s, especially in the version recorded by his mentor, pianist Gene Harris, though this rendition came about after some unexpected twists. When the studio’s Steinway grand went out of tune at the end of a day’s recording, Goldings switched to the nearby upright piano, leading to a last call version of the classic tune. “It’s still a bit out of tune, but it wants to be out of tune,” Stigers says with a laugh. “It sounds like we went next door to a honkytonk, had a few drinks and then played some strange Dr. John/Tom Waits version. It’s not perfect, and that’s the kind of music I play.”

With Sneider’s forlorn trumpet moaning in the distance, “Shame on the Rain” is a classic country lament by revered songwriter Tom T. Hall, while “She Knows” is a song Stigers discovered by the up-and-coming Oklahoma Americana artist John Fullbright. “Remember” and “Under the Snow” are solo offerings from the pen of David Poe.

“Under the Snow” is one of two songs on the album that offer glimpses of a happy ending. The tune, about green grass growing under the wintry blanket, looks to a more optimistic future. Stigers’ own current happiness in his new marriage is captured on the airy “A Lifetime Together,” a stunningly graceful duet with Goldings.

Gentleman is an album about being a good man from one who aspires to that title and seems to exemplify its finer aspects in his tasteful choices and expressive delivery, fully capturing the standard of humanity that we all should reach for and cleverly chronicling the myriad ways that we fall short on a daily basis. The result is Stigers’ most personal, resonant, and vibrant collection to date.

Watch the Video for “Gentleman”

Watch the Video for “Shut-Ins”

The influential NY Times jazz critic Nate Chinen did a great radio piece on the NJ/NYC jazz station WBGO that introduces “Shut-Ins,” the digital bonus track from the new album Gentleman. It has also been featured by Chris Douridas on NPR’s Here & Now.

Listen to the Show